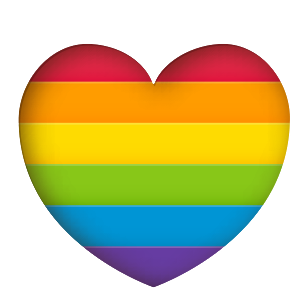 We Welcome Orders From The LGBTQ Community

For owner and Baker, Kimberly Brittenburg, it’s all about her passion for sugar!

Many Years ago a wise psychic predicted she’d have sugar on the brain…at the time she assumed some horrible ailment. Never did it cross her mind she would own her own bakery.

It all began right here in the Lehigh Valley, many years ago. She pursued college to be a physical therapist, and then decided to moving on to a more colorful creative degree of interior design. In her creative quest to be her own boss, she stumbled down a winding path to her dream of being a entrepreneur to follow in the footsteps of her grandfather, and father. She has tried selling vacuum cleaners, supplemental Insurance, Gift items, created trash to treasure items, had a traveling craft/ jewelry store and countless other endeavors without finding the “right one”.

If you can dream it, you can do it.

As the jobs, and life situations changed she found herself working in many different jobs but none that fulfilled her desire and need to be creative. Then she thought she found her dream job…a local store, in the craft dept. She was able to work one on one with her customers designed craft projects, giving in store demonstrations and enroll people in the Wilton Cake Decorating Course. It was the perfect time to start to hone in her “mom made cake” skills and take the course just to see what it was like to help tell others how beneficial the classes were. After taking several of the basic classes and brushing up on her basic skills she fell in love with this art form.

Her boss at the time kept insisting Kim was going to make her wedding cake…which was news to Kim since she had no baking experience let alone wedding cake tier cake construction knowledge. But she was handed all the pillars, plates, stairs and supports to construct this very elaborate tiered cake which would feed 300 guests. The wedding day was crazy and the cake wasn’t perfect, but it was as good as a mom made wedding cake could be with no training. She was relieved it was over. However, that same evening her husbands best friend called with the great news they just got engaged and wanted Kim’s skills for their wedding cake. After 3 hours of convincing, she signed on for this cake.

Flash forward and Kim’s daughter’s 1st birthday comes rolling around…along with her mother’s birthday, which are a day apart, so she created a 2-tier, pillared cake; Way too huge for the event. But design has no limits, the bigger the more to decorate! Kim was so wrapped up in the party plans and the decoration of the cake, she realized she was out of ingredients to make a traditional cake batter. Looking on the internet she stumbled across a recipe using applesauce instead of oil. She was unsure how the cake would taste, but knew it was going be beautiful. As the story goes, no one at the party said much about the cake, but there were so many left overs they went into her office job, where people just starting standing in line for her to make cakes for them. Recipes were from local coworker’s personal collections, the internet, and after lots of experimenting, Kim herself. Coworkers started sending cakes into school, taking them to church functions and asking for cakes for all their special occasions. But what really made Kim stop and think she had something, was a teacher, who upon tasting her cakes, who just had a baby and was on summer break, started a frantic, exhausting 2 month search to find the bakery who made those wonderful cakes. She placed calls to other coworkers, the principal, and even another school just to track down the student who could finally tell her who Kim was.

Kim finally became licensed as an in home bakery. Finally, after working full time and baking on the side, she quit her job with $5.00 in the bank. She left and looked back several times, but realized she NEVER wanted to go back. Besides being passionate about creating, she also loves that this opportunity has brought her the ability to help others, meet lots of great people, and do things even she would have never dreamed of doing. With the belief in herself, God, and the power of her family, friends and customers at her side, she is fulfilling her long time dream of owning her own creative business. Which leads Kim to think, breathe, and eat sugar 24hrs a day.

Thus, Sugar on the Brain.

The Shoppes at 3900 Hamilton Blvd, Cupcakes 4 a cause

Kym’s Creations feels it is important to give back to the community, and has helped the following organizations along with many local churches, schools and organizations who request their help. They have donated time and baking skills, and gift certificates.

Whether you have a party, event, or wedding coming up, Kyms Creations can provide you with the perfect dessert that all your guests will love. We offer everything from wedding cakes and edible favors to party trays and dessert tables. Call or contact us with your information to start your order.

View Our Selection
Close Menu
Back to
Login
×